The Supreme Court: How a Case Can Make Its Way to the Highest Court in the Land

The Judiciary, headed up by the Supreme Court, is one of three branches of our government whose role is to put a check and balance on the powers of the Legislature (Congress) and the Executive (President) branches. A slew of highly politicized cases have brought this least glamorous of the branches into the limelight in recent years. The death of Justice Antonin Scalia, the Court’s longest-serving Justice, has further catapulted this respected institution to the forefront of the media, and the center of an ongoing war between Congress and the President. What is the Supreme Court’s function and how does a case make its way to the Court’s calendar?

There are three ways in which a case can eventually make its way to the Supreme Court.

1.An Appeal from one of the Court of Appeals in the Federal Court system

There are eleven Courts of Appeal in the Federal Court System. Each Appellate Court serves a geographical region of District Federal Courts (See Map). If a Court of Appeals issues an opinion on a case, either party can petition the Supreme Court to hear the case. Roughly 2/3 of the Supremes Court’s calendar consists of Federal Appeals cases. 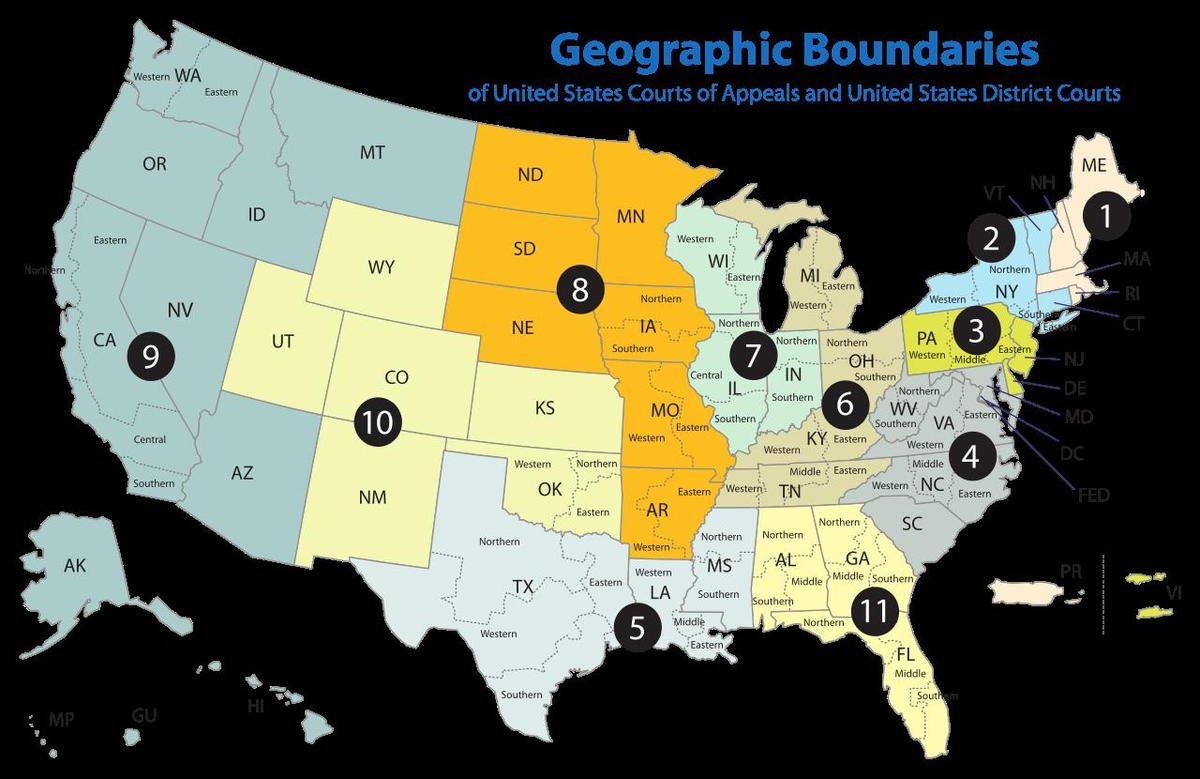 2. An Appeal from a State Supreme Court regarding an issue that is considered to be “Federal” in nature

3. An “Original Jurisdiction” case where the Supreme Court acts as the trial court and no appeal is available.

Very few cases fall under this category. Where the parties are either two states or a state and the federal government, the Supreme Court is the only Court with jurisdiction.

The Supreme Court receives approximately 7000 petitions each year. If the Supreme Court decides that a petition may have merit, it sends a “Write of Certiari” to the Appeals Court who then sends the entire file to the Supreme Court. Next, the Justices and their clerks review these files and determine whether or not the case should be placed on the Court’s calendar. Most cases never make it this far. Most of those that do make it to this stage are eventually declined. Only a select few actually make it onto the Court’s Calendar. Oral Argument is held and the Justices begin the process of writing their opinions and dissents. That is a complicated process that I will not explain in this article. If a petition does not result in the Court hearing the case, then the ruling from the lower court stands. Of the 7000 petitions, the Court usually hears about 80 cases per session.

The Supreme Court plays in important role in our government. Unlike any other Court in our country, it’s opinions and decision apply to the entire country, both State and Federal. For more information, visit the Supreme Court Historical Society’s website.

Thank you. Your submission has been sent.

Rockafellow Law Firm is located in Tucson, AZ and serves clients in and around Tucson and Pima County.

Attorney Advertising. This website is designed for general information only. The information presented at this site should not be construed to be formal legal advice nor the formation of a lawyer/client relationship. [ Site Map ]

See our profiles at Lawyers.com and Martindale.com